The selection is made up of 17 works, of which six will have their world premieres at the fifteenth edition of the Santiago International Film Festival.

The competition’s short films include, among others, the participation of renowned national actors and actresses, such as Alfredo Castro, Paulina García, Jaime McManus, Giannina Fruttero, Mónica Carrasco, Luis Dubó and Paula Zúñiga.

Santiago International Film Festival, SANFIC -organized by Fundación CorpArtes and produced by Storyboard Media-, announces the titles that will participate in the National Talent Short Film Competition in the anniversary edition of the contest, which will take place between August 18 and 25.

Out of the 113 short films they submitted, 15 fictions – two of them animations – and two documentaries were selected, and they deal with topics such as addictions, revenge, science fiction, infidelity, love and machismo, among others.

“As a Foundation we are interested in offering spaces for national talents to carry out their work and make themselves known. In this sense, the National Talent Short Film Competition of our festival is a great opportunity for Chilean creators, and for this 15-year anniversary edition of SANFIC we are happy to have received many applications, from which 17 short films that delve into real themes were selected , deep and everyday, reflecting the different looks. These productions enrich the reflections around our reality and national production ”, says Francisca Florenzano, Executive Director of Fundación CorpArtes.

The selection is made up of fictions starring recognized national actors, such as Alfredo Castro, Paulina García, Jaime McManus, Giannina Fruttero, Mónica Carrasco, Luis Dubó, Paula Zúñiga, among others.

This new version of the National Talent Short Film Competition includes six fictions that will have their world premieres at SANFIC 15 °: Congratulations (Leticia Akel Escárate), The crackle of a swan’s neck when breaking (Daniel Rivera), The miracle (Daniela López Lugo) , Spiral of silence (Eduardo Rivera Aburto), Revival (Julio Orellana) and No place for rest (Cristóbal López).

Within these productions, national animation will be present with the short films Strange creatures (Cristóbal León and Cristina Sitja Rubio) and Who Are You? (Julio Pot).

Two short films of the documentary genre complete the selection: Between the land and the song (Ana L’Homme), and A happy marriage (Antonio Zagal).

“We view a large number of Chilean short films every year and discover many of them of excellence. For this edition of SANFIC, we selected 17 works that we think are the directors to follow as national talents. This short film competition has a thematic diversity for all audiences and of good invoice “, explains Carlos Núñez, Artistic Director of SANFIC.

The 17 productions will be exhibited before a jury made up of personalities from the national and international cinematographic world, and will compete for the award for Best Short Film in the SANFIC 15th National Talent Short Film Competition. In turn, they can be seen by the public during the festival, in the venues and venues of the event. 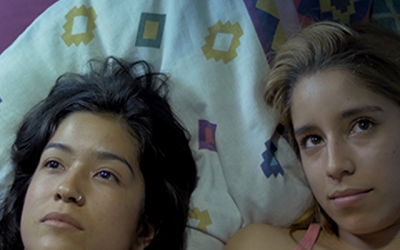 Seven films make up the selection of one of the most outstanding sections of the...

END_OF_DOCUMENT_TOKEN_TO_BE_REPLACED

The selection includes five feature films and 11 short films from seven countries, some of which...