Access to culture is a right of all citizens. For this reason, in the new edition of SANFIC 2020, as CorpArtes Foundation, we have sought to show two short films that are accessible to people with cognitive disabilities and also to people with hearing disabilities.

Access to culture is a right of all. This is why for this new edition of SANFIC 2020, as the CorpArtes Foundation, we have sought to be able to show two short films that may be accessible for people with cognitive disabilities and also for people with hearing disabilities.

These are Chickens (2016), directed by George Wu, and Grown up at Home (2017), by Quentin Haberman, which have been specially selected for being productions that are developed without dialogues and for their work of sounds without stridency, actions or luminosity that may affect people with cognitive disabilities.

Both short films are part of the Educa section of the sixteenth edition of SANFIC, which will be available between August 16 and 23 to be viewed for free and throughout Chile, through the page www.sanfic.com 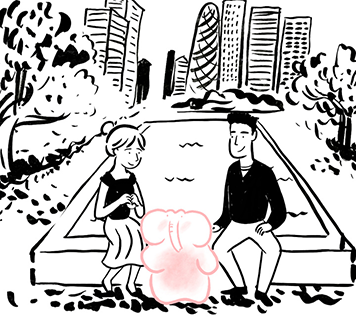